Fly over the Nazca Lines and marvel at the mystery of the Nazca culture. Sail to Ballestas Island to view, from close range, Marine wildlife and sea birds. Walk and explore Machu Picchu, visit local Indian markets and vibrant local people in the Sacred Valley. This tour is for those wishing to explore Peru’s cultural and historical treasures.

Trip At A Glance

Arrive in Lima, transfer to your hotel.

After breakfast depart southward on a deluxe coach bus to the city of Ica. Sunny Ica is an oasis of palm trees and moonscape sand dunes. Ica is known for is its vineyards, planted by the Spaniards in the 16th century. Ica is surrounded by more than 80 bodegas (wineries), which produce the world's best Pisco, or white grape brandy, and a variety of ports and wines, whose traditional way of production has changed very little over 5 centuries. Visit the Plaza de Armas, lined with ancient trees and the San Francisco Church. The city of Ica changed dramatically in the 1990's after a wave of highland settlers came here. Visit the Oasis Huacachina, a magical sight - a lake of green waters fringed with palm trees and reed swamps surrounded on all sides by huge sand dunes. The Regional Museum exhibits treasures of the pre-Columbian cultures such as Paracas and Nazca. Stay at Las Dunas hotel resort, a lush resort with golf, poolside café/bar. Bike rental and dune buggy rides available at extra costs. (B)

After breakfast, transfer to the port in Paracas where you will take a boat to Ballestas Islands. These spectacular islands, eroded into many caves and arches, provide shelter for thousands of seabirds and hundreds of sea lions. Although the islands fall just outside the Paracas National Reserve, they are protected by separate legislation. The islands are home to over 150 species of marine birds including the Humboldt penguin, cormorants, boobies and pelicans. Even condors have been known to visit. On the shores can be seen large numbers of sea lions and in the sea it is possible to encounter dolphins and even whales. Take warm clothing for this boat trip! Upon return to Paracas, transfer to Nazca. (B)

After your buffet breakfast, embark on a very special adventure: Over flight Nazca Lines. The Nazca lines are a series of geoglyphics located in the Nazca Desert, a high arid plateau that stretches 53 miles or more than 80 kilometers between the towns of Nazca and Palpa on the Pampas de Jumana in Peru. They are believed to have been created by the Nazca culture between 200 BC and AD 700. There are hundreds of individual figures, ranging in complexity from simple lines to stylized hummingbirds, spiders, monkeys, fish, sharks, llamas and lizards.

To fly over the Nazca lines is something truly awe-inspiring. The experience takes you on a 20-minute flight over the lines, whose origin nobody knows...though speculations are numerous. During the flight, the pilot shows the entire 12 line Nazca complex, with some detailed explanations of the monkey, eagle, astronaut and other giant symbols.

Arrive in Cusco - The old capital of the Inca Empire. Transfer to your hotel, free time to acclimate to the altitude. Cuzco (Cusco) or Q'osqo means in the native Quechua language "Navel of the World", it was indeed the capital of the great Inca civilization from the 13th to the 15th century, when most of its amazing stone structures were built. After the Spanish conquest, most of the Inca palaces and temples were destroyed and their fundaments were used for the construction of the colonial buildings and churches. This has made Cuzco a rich mixture of Inca and colonial architecture and nowadays a Unesco World Cultural Heritage site. (B)

After breakfast visit to the Korikancha, the ancient Temple of the Sun, where the Spaniards built the Convent of Santo Domingo. Then visit the Cathedral, on the Main Square of Cusco. The tour continues with a visit to the nearby Inca ruins: the fortress of Sacsayhuaman - a series of imposing stone structures, Q'enqo, Puca Pucara and Tambomachay, the Bath of the Inca. Tonight enjoy a dinner and Folklore show! (B, D)

Day 7: Scared Valley of the Incas

by the Urubamba River. Descending into the warm valley, our first stop is the town of Pisac (9,708') where we catch the traditional weekly market. Artists and vendors set up their stalls around the main plaza to sell food and colorful handicrafts. We enjoy a delicious Andean lunch and tour Pisac’s impressive Incan ruins, perched spectacularly on a ridge overlooking the town and countryside. The walking tour is about 2 miles and follows a wide, exposed, stone-paved trail high above the valley. We visit the main sections of the site including the religious center Intihuatana, or Hitching Post of the Sun.  Observing dozens of agricultural terraces, these formations were aesthetically built to follow the contours of the hillside rising from the Urubamba River valley. We continue down the valley to the community of

Urubamba and check-in to the charming Andean hacienda-style, Sol y Luna Lodge & Spa. The remainder of the afternoon is at your leisure with dinner together this evening. (B, L, D)

After breakfast we will enjoy a beautiful ride with a view of the snow-capped Urubamba range including Mount Veronica and Pitusiray-both over 18,000 feet high. We arrive midmorning at Chinchero (12,335'), a charming community characteristic of Andean towns in that it combines both Incan and colonial architecture. We can observe a massive Inca wall with ten trapezoidal niches, which dominates the village's main square, and visit the colonial church. After exploring the ruins of Inca Yupanqui's palace, we join a local family in their courtyard for an overview of the Andean weaving process. After wool is carded, spun, and dyed, learn about the different techniques used to create ponchos, belts (fajas), and shawls (mantas). On the way back to the fertile Urubamba Valley we stop at the Inca Salt Mines, then continue in our private vehicle to enjoy a buffet-style Andean lunch.  Here we have a chance to sample a variety of native delicacies including: several types of potatoes (tubers such as oca); quinoa (sacred to the Incas, referred to as the “mother of all grains”); fava beans; and perhaps try a taste of cuy, a savory meat roasted with a variety of herbs traditionally used in fertility celebrations.  Afterwards, we drive past burial tombs and ancient farming terraces still in use today to grow barley, wheat, and corn to reach the town of Ollantaytambo. We visit the main plaza and some of the side streets of this unique community that still retains the original street plan and foundations designed by the Incas. We’ll explore the impressive terraced remains of the Sun Temple before returning to the peaceful comforts of the Sol y Luna Lodge & Spa in Urubamba to relax and unwind. (B, L, D)

1.5 hr train ride from Ollatatambo to Aguas Calientes and ascending to Machu Picchu by bus. Machu Picchu, the Lost City of the Incas, is one of the wonders of the world. The stunning ruins of the ancient citadel, perched on a mountain peak high in the Andes, are perhaps the greatest surviving testament to Inca civilization. Enjoy a private tour of this superb archaeological site, overlooking the meandering Urubamba River and surrounded by rugged, green Andean hillsides. Machu Picchu stands as more than just the jewel of Inca architecture.  It represents the perfect union of human engineering and the natural environment, a city in harmony with its surroundings. Never reached by the Spanish, this magical place was brought to the world’s attention in 1911 by the Yale historian, Hiram Bingham. Our explorations of The Lost City of the Incas include all of the various sectors of the ruins; the industrial area, the Temple of the Sun and the Royal Tomb, the ceremonial water fountains and baths, and the Sacred Plazas. Return to Cusco in the afternoon. (B, L)

We at Earthbound Adventures carefully choose hotels that are safe, clean and ideally located, we stay in charming locally owned 3 stars hotels with great and friendly service. We go to great length to make sure the hotel are up to our high standard, we personally visited each and every hotel on our list and we are constantly evaluating the hotels we stay in.

We are listing 4 and 5 stars hotels, if you choose to upgrade your hotel an additional fee will apply to the tours according to the hotels you choose. 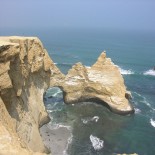 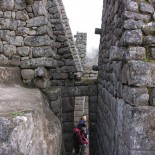 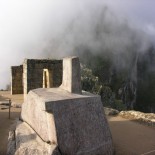 All hotel and lodge accommodations as in itinerary

Entrance fees to all sites

All guided tours as in itinerary

Drinks of any kind

Other Destination in Peru

In the footsteps of the Incas

Founded in 1994, Earthbound Adventures is a pioneer in eco-tourism and a leading adventure-travel company offering unique treks and tours to South America. Whether you dream of swimming with sea li